In mid-July, a team of 4 scientists including Drs Lorna Strachan, Marta Ribó, and BSc Hons student Alysha Jones from the University of Auckland, and Dr Sally Watson of the National Institute of Water and Atmosphere (NIWA) embarked upon a 3-day marine geology voyage to the eastern Marlborough Sounds, located in NE South Island. They were there as part of Project EAST, a new research partnership between the University of Auckland’s School of Environment and NIWA. Their goal was to collect sediment cores and sub-surface acoustic data to investigate the human impact on the marine environment in Queen Charlotte Sound-Tōtaranui and Tory Channel-Kura Te Au for the last 150 years. In addition they will focus on understanding the deeper time environmental and geological evolution of the region, and the response of the Sound to marine inundation following the Last Glacial Maximum 20,000 years. 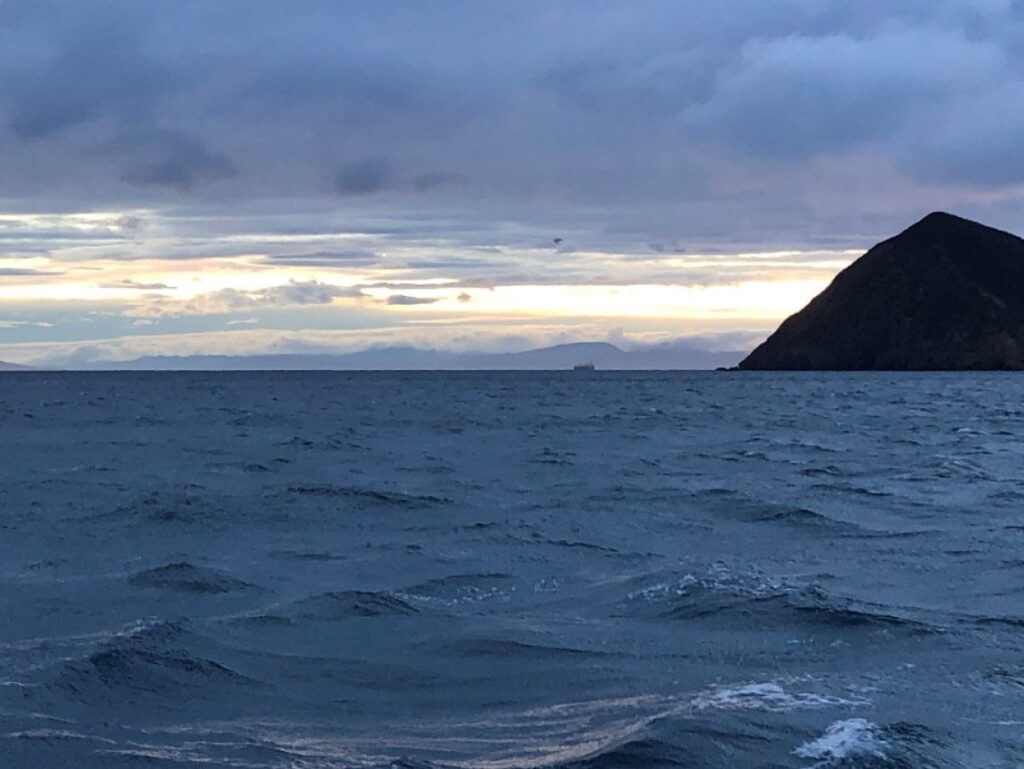 The team spent 3 days aboard NIWAs Research Vessel Ikatere in cool, damp, and on occasion rough conditions. Having spent the last 8 months analysing the spectacular seafloor data of the area (publicly available through the Marlborough District Council website), the scale of Queen Charlotte Sound was awe inspiring. They traversed the entire Sound from the tranquil upper reaches, where they were surrounded by lithe seals and aerobatic dolphins. To the mouth, where strong tidal flows and the infamous chop of the Cook Strait provided a different kind of challenge.

The team had a very productive voyage and collected 20 cores, 168 samples and 5 sub-bottom Topas profiles. Some of these data will form part of BSc Hons student Alysha Jones’ dissertation research. While the remaining data will be analysed by the rest of the team to further understand the environmental, human and geologic evolution the area.