On Tuesday 17th August 2021, SRAP-IEAP organised the first event part of National Science Week 2021 in collaboration with the Instituto Cervantes de Sídney to discuss the global issues of ‘Plastics in the Ocean’.

As part of this event, that was hosted by SRAP-IEAP Dr. Ana Rubio, we had presentations by two SRAP-IEAP members experts in the field of plastics pollution and how they are impacting coastal waters and aquatic fauna. It is estimated that close to 8 million tons of plastic waste enters the oceans annually and gets transported by ocean currents reaching every spot in the planet resulting in one of the most pressing environmental issues. 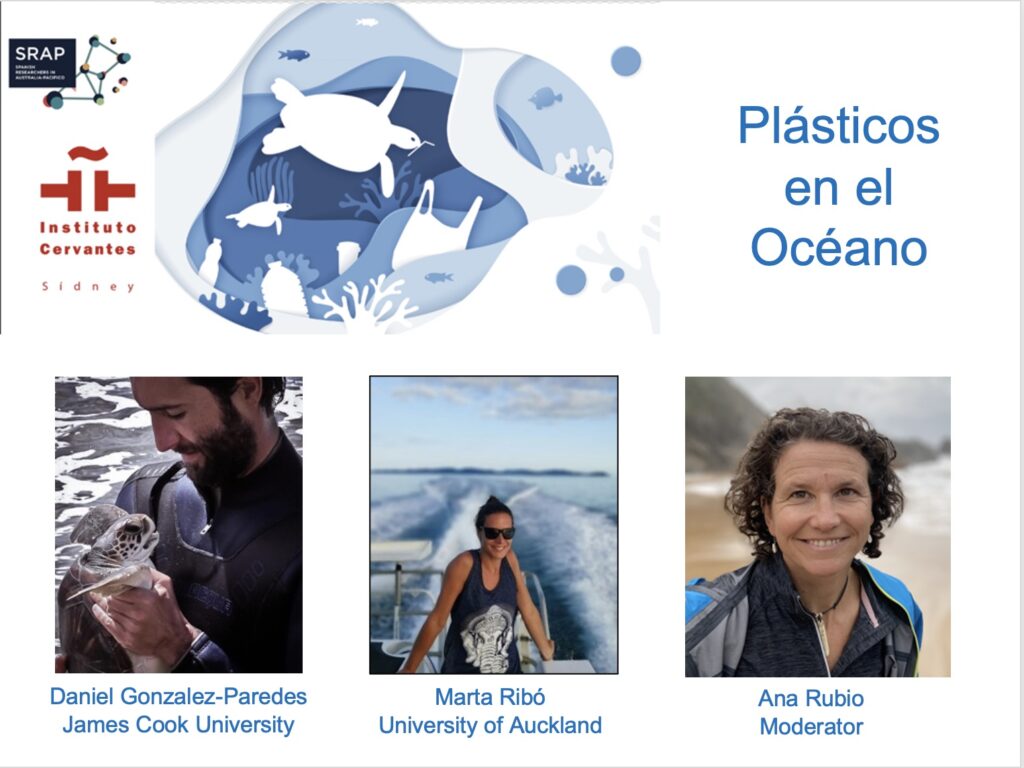 As part of this event we had Daniel Gonzalez Paredes, PhD candidate at James Cook University sharing his knowledge on the impacts of plastic ingestion on marine turtles. Daniel has extensive experience in the field of research and conservation of marine turtles, a study area in which he has been working worldwide as a mediator for the Andalusian Agency for International Cooperation and Development (AACID) since 2008. Daniel has also played the role of Research Coordinator for the NGO Karumbé in Uruguay for the last ten years and is one of the founders of #Plastic Free Turtles coalition since 2016. Daniel’s talk gave us an overview about marine turtle’s biology and migration paths including information on the type of plastics and amounts that they have been finding in turtles, in some cases leading to their deaths.

The discussion continued with Dr Marta Ribo, a marine geologist postdoc research fellow at the University of Auckland, who works in understanding the seafloor geomorphology in shallow and deep waters but also assessing the impact of human activities on the seabed, including plastic pollution and anchor drag marks. Marta presented the research she is undertaking in assessing the accumulation of plastic particles in the seafloor of the area of Tōtaranui-Queen Charlotte Sound in New Zealand as a collaboration between the University of Auckland, NIWA, the Marlborough District Council and Te Atiawa Trust. 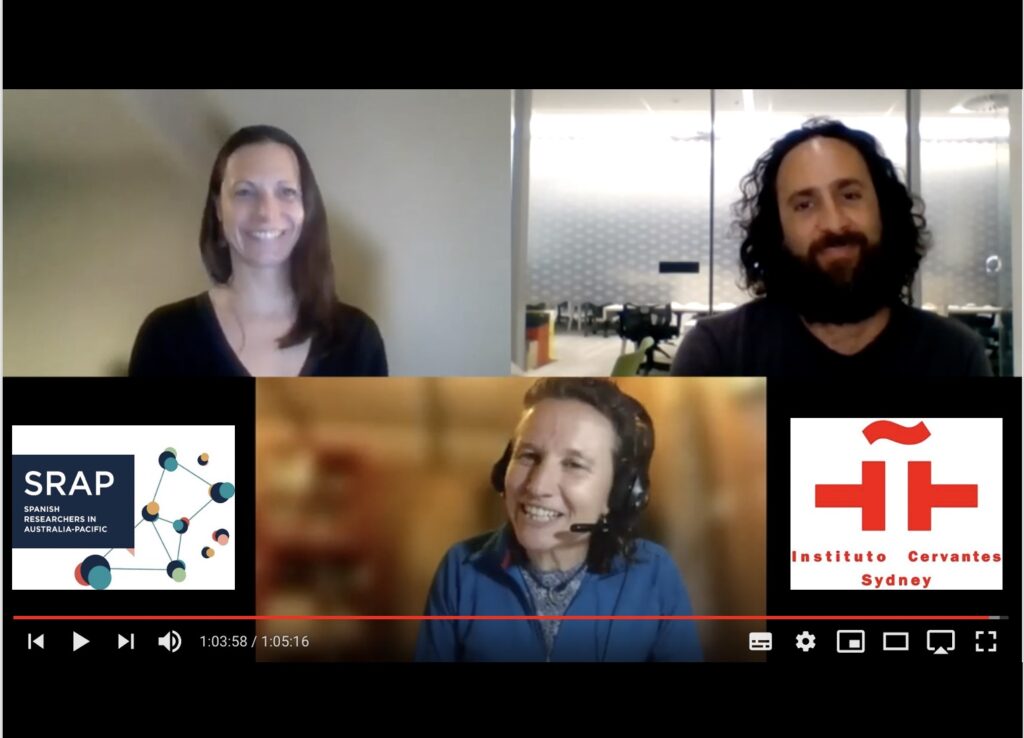 The talks generated many questions from the audience, many of which were answer on the day. If you are interested in watching the event (that was in Spanish) it is available in the Instituto Cervantes in Sydney YouTube channel.