Our member Luke Stegemann has been interviewed in ABC Cultural this week.

Luke is an Australian writer and translator who received the Malaspina award in 2018 from Spanish Researchers in Australia-Pacific – Investigadores Españoles en Australia-Pacífico (SRAP-IEAP)  and the Embassy of Spain in Australia. This award celebrates those researchers who contribute to establish bridges and cooperation between Australia and Spain.

Luke lived severeal years in Spain in the 80s. Since then he spends long periods of time in Valencia every year.

This week, he has been interviewed by the Spanish newspaper ABC Cultural (in Spanish). There, he talks about his essay “The Beautiful Obscure” where he reflects on the parallel stories between both countries throughout history, mostly unknown. By keeping clear of clichés, Luke displays a thorough knowledge of Spain’s history, culture and politics. 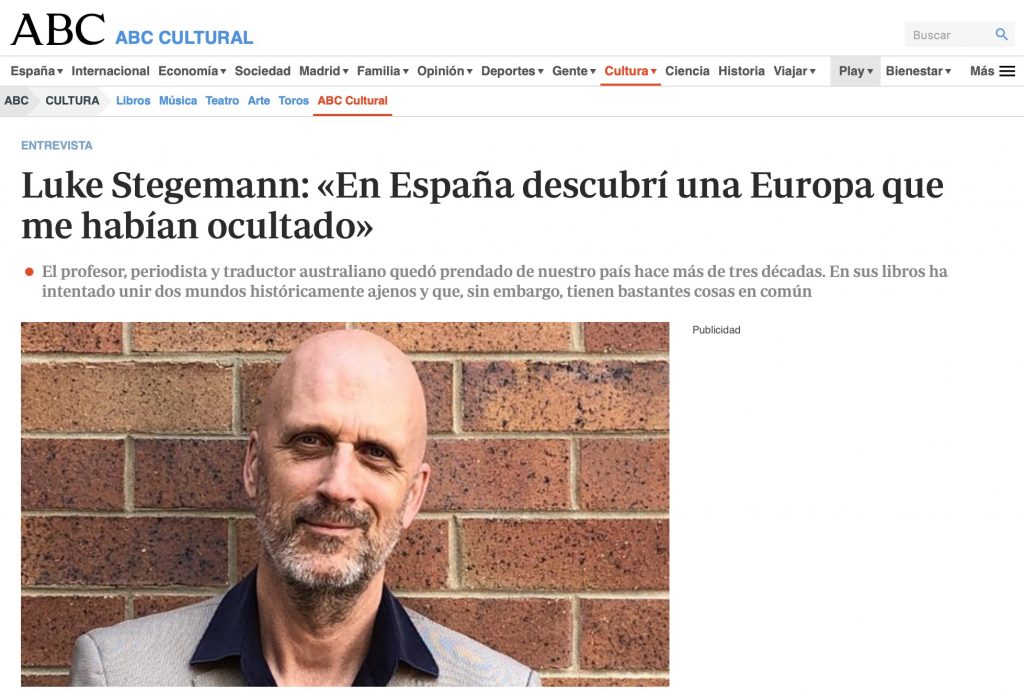 You can buy his book online through transmissionpress.com

The interview in ABC Cultural can be found (in Spanish) in this link.