The event has taken place at the emblematic Royal Automobile Club of Australia, and as every event organised by La Cámara, has been an excellent opportunity for networking and engaging with partners from different sectors. We were also honoured to have with us the Consul-General of Spain in Sydney, Mr Juan Manuel Molina Lamothe. 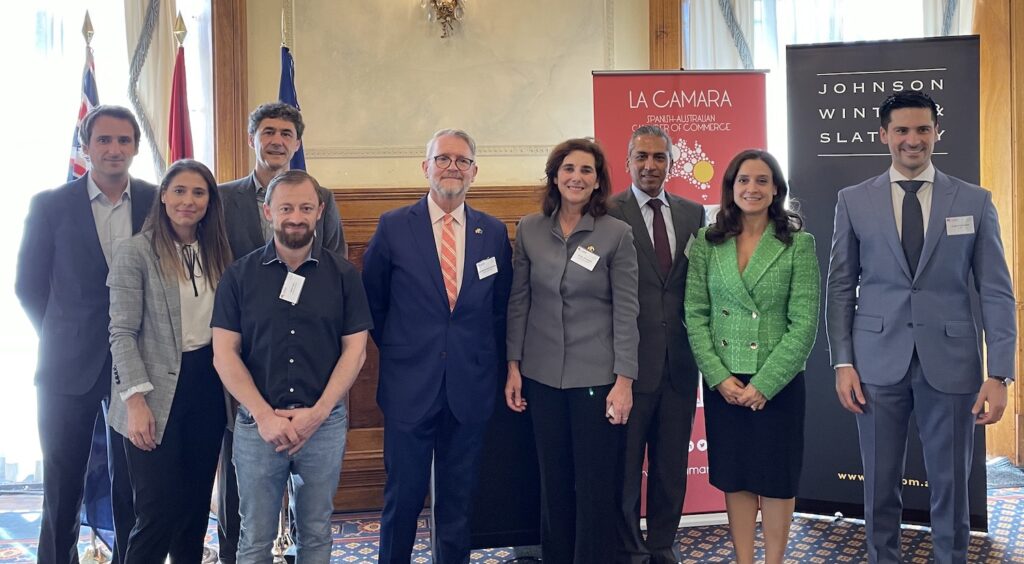 SRAP-IEAP joins La Camara in welcoming our new Spanish Ambassador, and will continue working together with the Spanish Embassy in Australia, the Spanish consulates in Australia-Pacific, La Camara and other partners in creating and consolidating bridges between Spain and Australia-Pacific by doing what we do best – disseminating Spanish research to the general public and promoting collaboration opportunities in order to culturally enrich both Australian and Spanish societies.