A virtual conference was organised on the 14th of October by the Instituto Cervantes Sydney and Iberdrola with researchers from the European Sea University/University of Cádiz and the University of Technology of Sydney/ SRAP (Spanish Researchers in Australia-Pacific).

The conference focused on how oceans are changing, and which research is done from Spain and Australia in order to maintain oceans and marine eco-systems.

Spanish expert Fidel Echevarría, professor at the University of Cádiz and Delegate of the Rector for the European University of the Seas explained how we use information from oceanography and, described a number of collaborative projects that have achieved great outcomes in relation to the learnings and management of oceans. Specifically, Fidel delved into the subject of the Malaspina scientific expedition that took place ten years ago as an interdisciplinary research project of the global impact on the oceans where was able to explore marine biodiversity and described two institutional research networks that have recently been studying the oceans: International research campus of the Ocean: CEIMAR and the European Sea University (SEA-EU Alliance). This European University is one of the European Alliances that is part of the pioneering project of the European Commission, is specialized in the sustainability of the seas and achieved the highest scores in the European public call. 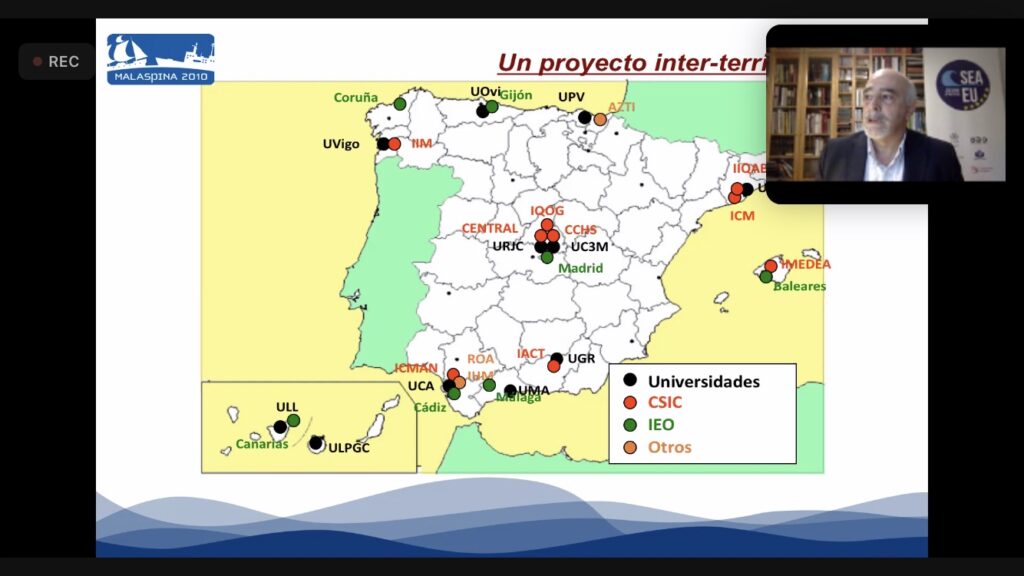 A second talk was given by current researcher at the Sydney University of Technology and member of SRAP Isabel Nuñez Lendo who is developing a research program on the management and conservation of coral reefs within the university’s climate change cluster. Isabel is recognized as one of the novice researchers of the National Geographic (2018), having developed her career successfully from her studies in marine biology at the University of Valencia, through her specialization in the Netherlands in coral restoration techniques to her work in research on corals in different parts of the world (Bahamas, Hawaii, French Polynesia and now Australia). Isabel gave a brief summary of the biology of corals including their capacity to live in symbiosis with microalgae. She also gave an overview of the global current status of coral reefs and gave an overview of current strategies to assist in restoration and conservation programs including sexual reproduction approaches (in-situ and ex-situ), hybridization of corals and selective breeding, and cryopreservation of coral sperm. She finished giving an overview of collaborative global projects working towards the conservation of corals. 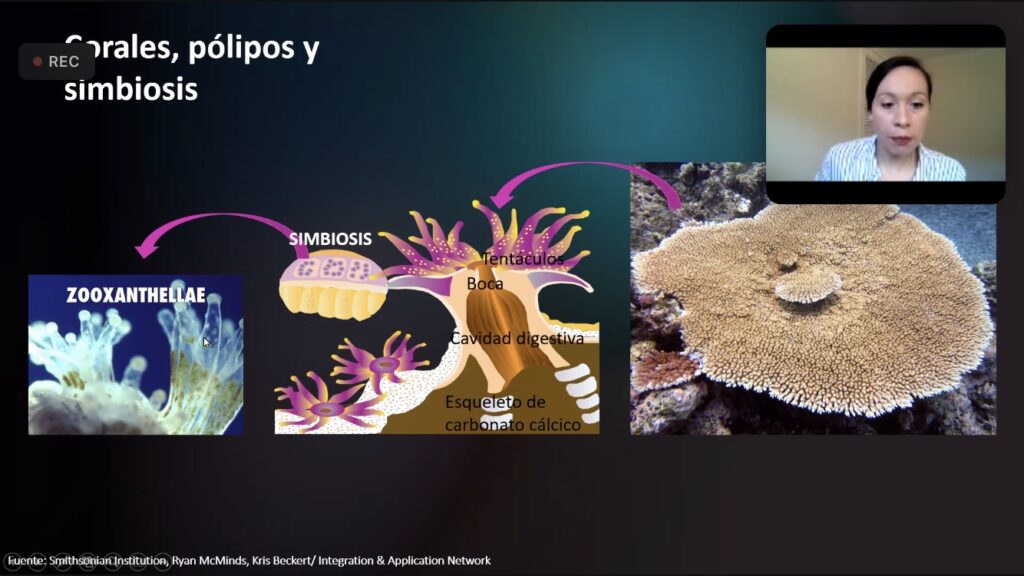 This is the video link to the virtual conference: