On the occasion of the 7th Australia-Spain Research Forum, the association Spanish Researchers in Australia-Pacific (SRAP-IEAP) and the Embassy of Spain in Australia are pleased to announce that the nominations for the IV Malaspina Award are now open. 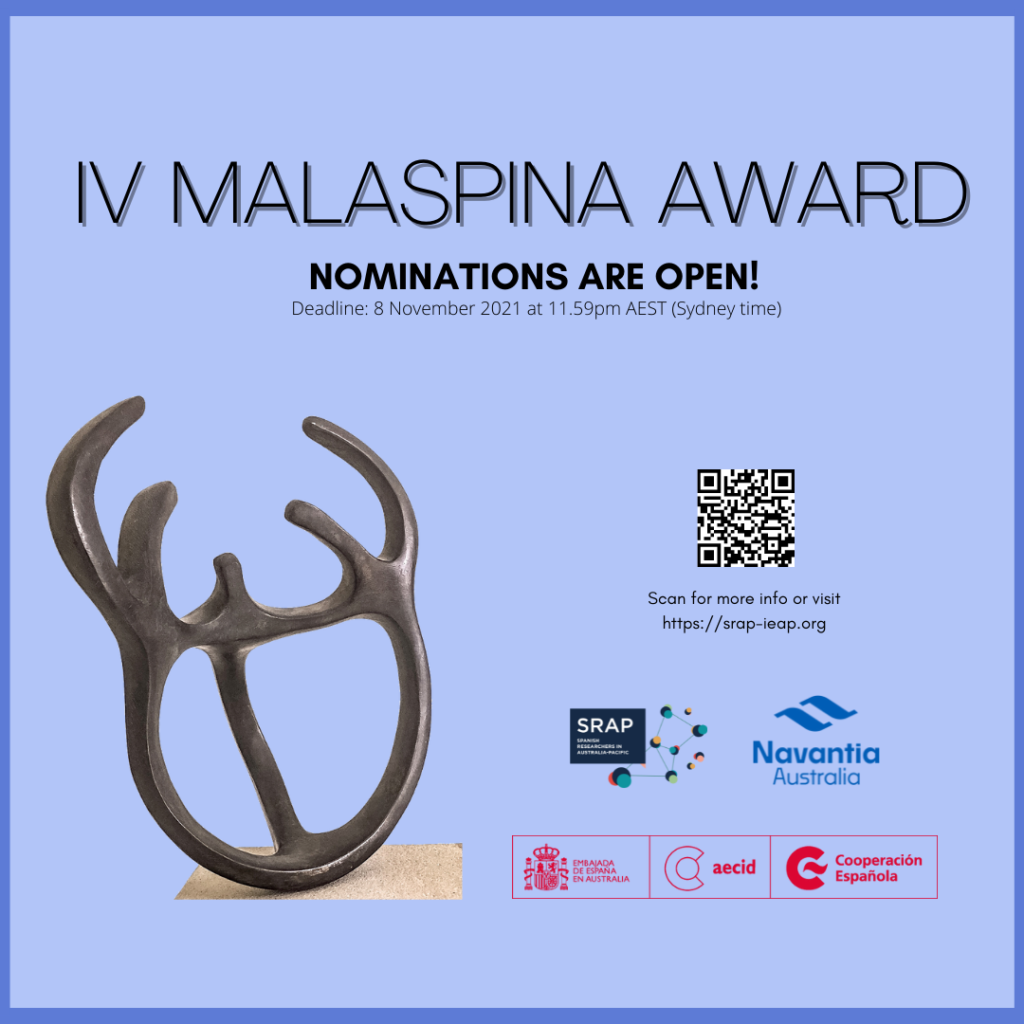 The Malaspina Award is an honour bestowed by the Embassy of Spain in Australia and the association Spanish Researchers in Australia-Pacific (SRAP-IEAP), awarded to individuals or institutions that have made an important contribution to the advancement of the academic, scientific and/or cultural relationships between Spain, Australia and the Pacific region.

The IV Malaspina Award has been sponsored by Navantia Australia. The award is embodied by the statuette “Heart”, designed by the internationally renowned Spanish artist Óscar Martín de Burgos. It also includes an AUD 1,000 prize* and a certificate.

Nominations to the IV edition of the Malaspina Award are now open, and shall be submitted via email to both the Embassy of Spain in Australia (Emb dot canberra at maec dot es) and SRAP (srap dot ieap at gmail dot com) mailboxes until the closing date on the 1st of October. Nominations are expected to include:

* Only individuals will be eligible for the AUD 1,000 cash prize. Institutions do not qualify.

The PDF file with the information can be downloaded from here.