Today I’ve done something I would have not expected to do in Australia: I gave a talk in Spanish! In my 12+ years living and working in this country I can only think in 2 occasions I did something like this: in 2009 I gave an informal talk about my research for the staff at the Spanish Embassy in Canberra, and in 2011 I gave an invited science seminar to researchers of the Spanish polar research vessel «BIO Hespérides» when it was docked at Sydney’s Harbour.

Today I’ve been with the very enthusiastic young students of ALCE «Australia Lengua y Cultura Española» as part of the science communication activities that we do at SRAP-IEAP (Spanish Researchers in Australia-Pacific, Investigadores Españoles en Australia-Pacífico). It was in the Willoughby classroom (Sydney), thanks to the invitation of the ALCE Director, Raquel Pardo. I was talking about the Solar System (in perspective, not only the Sun and the planets) plus I answered many of the questions about stars, galaxies, black holes and the universe they had. 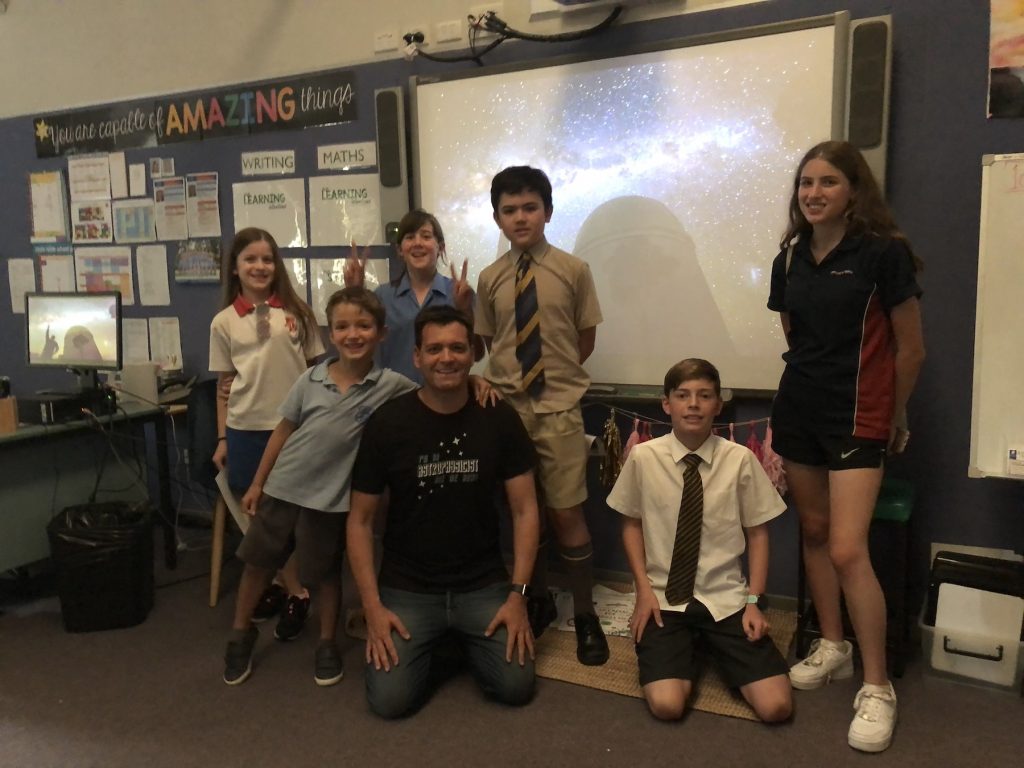 1/3 of the ALCE students after my talk at the ALCE Willoughby classroom on 27th Nov 2019. They were so excited about Astronomy we didn’t take a single photo during the event! It was at the very end, when 2/3 of them have already gone and I was starting to pack up, when we realised we didn’t have taken any photo! And, yes, my son is there (it is easy to see who he is). Credit: Ángel R. López-Sánchez.

As an extra I had a very special helper: my very own son, who, you know, loves the planets and the moon. It was a great experience for him as he had to say all of it in Spanish in front of other people. Plus, that was awesome, he was actually showing in the slides what I was talking about… I was very happy about it as we didn’t rehearsal anything!