Nominations for the IV Malaspina Award (2021) are open!

The award ceremony took place on 27 November in Sydney, on the occasion of the 6th Australia- Spain Research Forum «Big Data» by the Spanish Researchers in Australia-Pacific (SRAP-IEAP). The statuette will be conferred by the Ambassador of Spain to Australia, H.E. Ms. Alicia Moral Revilla. 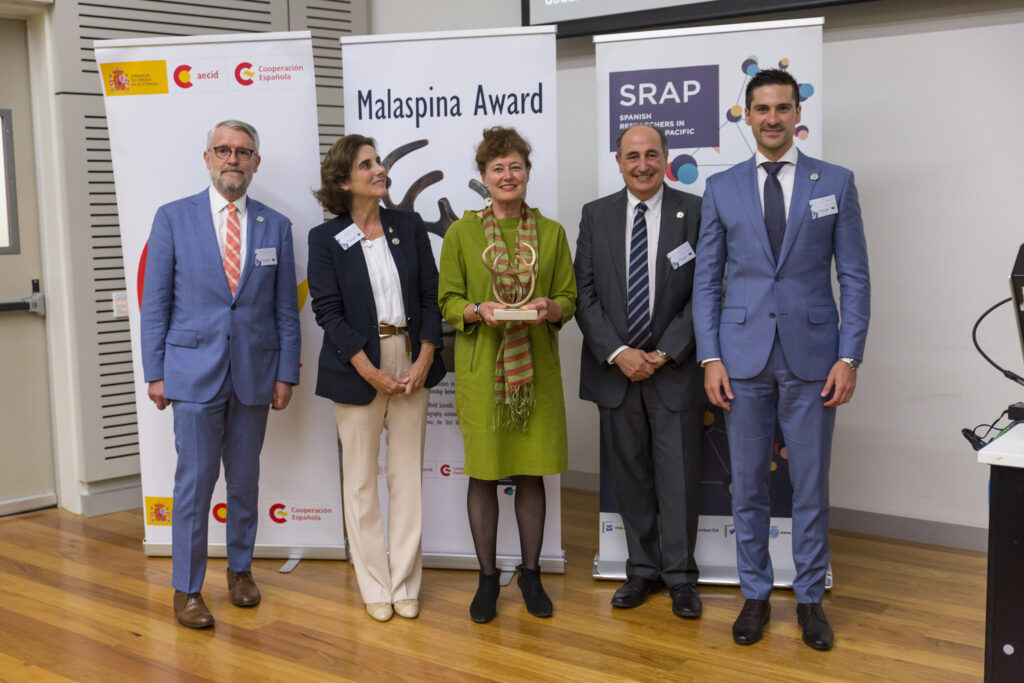 Previous winners of the Malaspina Award:

Luke Stegemann is an Australian writer based in South-East Queensland. He has worked in media, publishing and higher education. With a long career as a teacher, translator and journalist, he was formerly the managing editor of The Adelaide Review and the founding editor of The Melbourne Review. He has written for a wide range of Australian publications including Meanjin, The Monthly, The Age, the Sydney Morning Herald, Overland and the Australian Institute of International Affairs, as well as leading Spanish newspaper El País.

He discovered Spain by surprise in the 1980s. In love with the country, he had no choice but to return to live in it, and since then he combines seasons in Australia and seasons in Spain. Known for his affection for everything Spanish, Stegemann has written two books with a completely or partially Spanish theme: The Beautiful Obscure (Transmission Press, 2017) and Amnesia Road: Landscape, Violence and Memory (New South, March 2021). The Beautiful Obscure is a fascinating voyage of discovery revealing the unexpected and surprising connections between Australia and Spain from a multifaceted prism that summarises history, literature, social life and personal transformation.

All the info about the I Malaspina Award on this webpage.

Professor Carlos García-Alonso Deputy Vice-Chancellor Research at Loyola has led an international research team to develop tools which are helping government and public agencies in Spain, Australia, the United Kingdom, Chile and Finland make better decisions about health care. This research strategy has promoted exchange for 10 researchers in Australia and Spain, international collaboration on 24 European and Australian projects, and research produced more than 40 scientific publications. This continuing cooperation has also included the promotion of Australian academics in Spain and vice versa. Dr Ian C. Simpson, formerly at University of Sydney, is the Director of the Department of Psychology at Loyola University Andalusia in Seville. Dr Jose A. Salinas is honorary senior lecturer at the College of Health and Medicine, Australian National University.

The Spain-Australia Council Foundation provided its support to this candidacy and recognised the academic initiative as a reference model for future collaboration between Australian and Spanish research centres and companies.

All the info about the II Malaspina Award on this webpage.