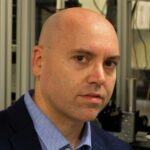 Sergio Leon-Saval is an Associate Professor at the School of Physics in the University of Sydney. He was awarded his PhD by the University of Bath, UK, in 2006. In 2007, he joined the University of Sydney where he is now Director of the Sydney Astrophotonics Instrumentation Laboratory (SAIL), and Deputy Director of the Institute of Photonics and Optical Science (IPOS). A/Prof Leon-Saval has more than 16 years of experience in the research area of photonics. He has made breakthrough contributions in the field of specialty optical fibres, astrophotonics and optical instrumentation systems. He has published over 75 international refereed journals and more than 180 conference papers since 2004 with over 6600 citations, and a h-index of 40. A/Prof Leon-Saval has been a member of technical program and management committees on more than 10 international conferences. He is a Senior Member of the Optical Society of America (OSA), and member of the Australian Optical Society (AOS). He was the 2019 recipient of the AOS John Love Award, that recognizes innovations and technical advances in the field of optics.

Supervision and Mentoring of University of Sydney Students (Only graduated students)

A/Prof Leon-Saval works in photonics, optical fibre devices and astronomical/space instrumentation. His major expertise is on optical fibre transitions for device applications. More recently his research has been focused on the development of photonic new concepts for astronomical instrumentation and spectroscopy, telecommunications and remote sensing.