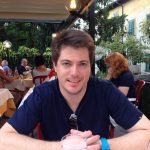 I completed my B.A. in Spain, although I also attended Loughborough University (UK) as an Erasmus student as part of my degree. I then taught Spanish at various secondary schools in England while working on my DEA (Diploma de Estudios Avanzados) and on my PhD at UNED, where I was given an award for the best thesis presented in the department in 2010. Before joining the University of Wollongong, I was the Head of the Languages and Geography area at Cadbury Sixth Form College (Birmingham, UK) and worked as a part-time language tutor at the Centre for Modern Languages of the University of Birmingham. I joined the University of Wollongong in January 2013 and I lecture in the Spanish program.

My main area of interest is in Linguistics, particularly in disciplines that deal with different aspects of Phonetics and Phonology.
I am interested in studying language acquisition, mainly Spanish as a foreign language, and one of my favourite areas is the acquisition of Spanish pronunciation by native speakers of English. My research and my teaching are interlinked, and I have produced articles on the topic as well as educational materials.
Furthermore, I have an interest in Applied linguistics and I also study Language variation and Dialectology in first and second/foreign languages. Regarding first language study, I am particularly interested in the varieties of Spanish from Andalusia, with a main focus on vowel variation and on consonant deletion. In second/foreign language study, I concentrate on analysing how the regional accents of English speakers influence their accent in Spanish, studying the extent to which positive transferences and interferences affect oral production.

Research projects
I am currently working on two projects, one related to the accent of my native Almería, in southeast Spain, and the other one exploring language transfer.

Australian Spanish Pronunciation
This project deals with language transfer, with a special focus on the positive and negative transferences that speakers of Australian English present when they speak Spanish.