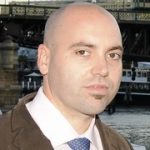 Biographical details
Sergio G. Leon-Saval was awarded his PhD by the University of Bath, UK, in 2006. In October 2007 he joined the Optical Fibre Technology Centre (OFTC) in Sydney, Australia. In 2009, he moved to the University of Sydney, Australia where he is currently part of the Institute of Photonics and Optical Science (IPOS) Executive Committee; Senior Member of the Sydney Institute for Astronomy (SIfA); a Faculty Member of the School of Physics; and Director of the Sydney Astrophotonics Instrumentation Laboratory (SAIL). Dr Leon-Saval has more than 12 years of experience in the research area of photonics, optical devices and Astrophotonics –astronomical instrumentation using photonics. Dr Leon-Saval has co-authored over 65 international refereed journals and more than 120 conference papers since 2004 with over 3650 citations, and a h-index of 31. He is a reviewer and editor for several international technical programme committees (TPC); and a member of international organisations such as the Optical American Society (Senior Member), IEEE, and the Optical Australian Society.

Teaching and supervision
Dr Leon-Saval has taught the Physics Bridging Course, Optics Module (Intermediate, PHYS2213), and the Optical Materials and Methods (Masters, PHYS5022). Apart from lecturing, he has also been one of the Laboratory Supervisors for the 1st Year Physics labs (REG) in 2013.
Since 2009, including ongoing and finished students, Dr Leon-Saval has been involved in the supervision for 2 Talented Student Program, 4 Honours, 2 Masters and 5 PhD students.

Current projects
Dr Leon-Saval works in photonics, optical fibre devices and astronomical/space instrumentation. His major expertise is on optical fibre transitions for device applications. More recently his research has been focused on the development of photonic new concepts for astronomical instrumentation and spectroscopy, telecommunications and remote sensing.